War Robots is a very popular mobile game. The game was released in 2014, so it isn’t exactly new. Nevertheless, it’s still an extremely fun game with a huge player base. In this post we’re going to go over War Robots Tips, Tricks and Strategies that’ll make you a better player.

This guide is mainly aimed at beginners, though more experienced players might also learn something new from it. Let’s delve into it! But first, let’s talk a bit about what War Robots is exactly.

What is War Robots

War Robots is a 6 versus 6 multiplayer action game. In the game you control giant robots. With these giant robots you have to complete objectives in order to get the win.

There are many different kinds of robots and there is a ranking system in place. This ranking system makes the game very competitive; there are thousands of players competing for the highest ranks.

The game was released in April 2014 for Android, iOS and Steam by gaming studio Pixonic. Quickly after launching it got crazy popular. The game currently has over 50,000,000 downloads on Android alone!

War Robots is free to play, but the game does have micro transactions. The main premium currency are pieces of Gold Bullions. In addition, there is a VIP membership.

Now that you know what War Robots (also called WR by the player base) is, let’s get into the tips and tricks.

Use Cossacks to capture beacons

Cossacks are very mobile robots that can jump. This makes them very useful for capturing beacons. When you first start playing the game and have accumulated enough silver we highly recommend you to purchase a hangar of Cossacks.

The goal of buying the hangar of Cossacks is that you should focus mainly on capturing beacons early on – don’t focus on damage too much. Capturing beacons is what will win you games!

However, we do not recommend you to level up the Cossacks nor their weapons. The reason being that these bots will be quite worthless later on in the game since we’re going to unlock much stronger bots later in the game.

Pay Attention to the Beacon Bar

Oftentimes, new players don’t really pay attention to the beacon bar. You can find the beacon bar in the top center of your screen.

On the other hand, if the enemy team holds more beacons than you your beacon bar will deplete fast. This makes you lose games.

If you have 3 beacons already, there is honestly not much reason to go on the offense. 3 beacons will win you the game if your beacon bar is not close to running out.

It can be tempting to go for the 4th beacon, but unless you’re absolutely sure you can get it, it’s usually better to just hold 3 beacons than go for the 4th and 5th.

You can get boosters through battle rewards, opening chests, purchasing them with gold or by completing clan goals. Boosters can be used before the beginning of a match and will give you certain benefits (more damage or cooldown reduction for example).

Using boosters efficiently is crucial because you have to make sure the benefits you get from them synergize with the robots in your hangar. For instance, when you have a hangar full of offensive robots that focus on doing damage it’s good to use damage boosting boosters.

On the other hand, if you have a lot of defensive bots in your hangar (high defense, lots of HP, shields etc) then use the defensive boosters.

You might think that this is obvious, but it’s not. It happens very often (even at the higher ranks) that people forget to reload before engaging an enemy. This puts you at a huge disadvantage because it means that you’ll have to reload mid-fight, whereas you wouldn’t have to do this if you just would’ve reloaded before engaging.

Work as a team

This is honestly one of the most important aspects of the game. It’s a multiplayer game, so teamwork is necessary. No matter how good you think you are, you’ll always need help from your team and vice versa.

You can’t win games alone; you have work as a team. If you and your team do not work together properly the chances of you winning are slim.

If you notice that your teammates are in need of help, go help them. For instance, you can use your energy shield to protect an ally that’s in need of help.

Focus on your awareness

In War Robots you always have to be aware. There are a lot of things that you have to pay attention to, especially when you’re new to the game this can be quite overwhelming.

You have to pay attention to the beacon bar that we’ve mentioned before but you should also be aware of how much time is left in the game, what your enemies are doing, what your teammates are doing and what bots the enemies are running.

Good awareness is crucial in winning games because it allows you to counter whatever the opposing team is doing. For instance, if you notice that the enemy team is using Anciles you can switch to the Punisher to take it out and help your team that way.

Learn the weapons and their limits 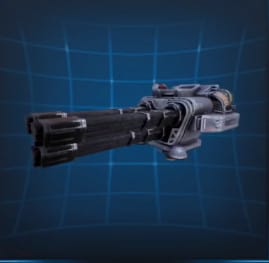 This might seem like common knowledge, but it isn’t. There are many different weapons in the game and knowing their range and exactly what they do and what they’re good for is important.

Knowing the range of all weapons is very important because it allows you to identify what weapons the enemy is running and adapt your strategy according to that.

You can see how far away you are from the enemy robots with the green distance indicator under the enemy’s health bar.

Learn the strengths and weaknesses of the robots

Every robot in War Robots has their own strengths and weaknesses, learning them is crucial. As we’ve mentioned before, Cossacks are fast and mobile which makes them excellent at capturing beacons.

Some robots have a shield; learn how to use it efficiently and in a manner that not only benefits yourself but your whole team.

There are many different kinds of robots in the game, and the best way to learn how to use them is to play around with them.

Corner shooting in War robots is when you can fire the side-weapons of your robot while still being hidden behind an obstacle. This is a very powerful maneuver because it allows you to fire at your enemies while using your surroundings as protection; you can hit your enemy without taking damage in return!

As you can probably understand, this is a crucial skill to learn because it gives you a huge advantage in fights.

Take advantage of the terrain

Always make sure to have a strategic position on the map. This tip ties in to the previous one of corner shooting. If you have a good position on a hill for instance it will give you a huge advantage in taking down an enemy.

In addition, taking advantage of the terrain on the map allows you to take out campers.

You could just go with whatever is the meta at the current moment, but experimenting is much more fun and can be surprisingly powerful. You can experiment with different weapons and robots and you might find something that’s incredibly powerful.

That’s all for our War Robots Tips, Tricks & Strategy guide. We hope you found it useful! If you have any suggestions for tips, tricks or strategies that we should add to this guide, feel free to leave a comment. Likewise, if you need help, you can also leave a comment down below.