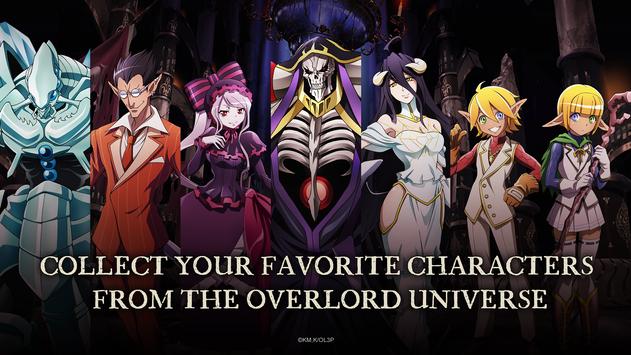 MASS FOR THE DEAD has finally been released globally after initially being only available in Japan. With this release, many players who have been waiting patiently (and sometimes not so patiently) are finally able to play the game. However, getting started can be tricky. That’s why we created a guide that will teach you all the MASS FOR THE DEAD tips, tricks and strategies to help you get started.

Before you do anything, you should reroll until you get a good start. If you don’t know much about rerolling, check out our rerolling guide.

Rerolling is necessary because you want at least one 5* character. The reason why you need one of these is because you’re going to be using it as your carry for a long portion of the game. You’ll be using it at least until you get a strong 4* or another 5* character so it’s worth the time investment to reroll.

If you’re looking to get the absolute best start try rerolling for Ainz or the Twins. Nevertheless, any 5* will do for a good start.

If you’re trying to go for Ainz summon on the Chaos banner because it will give you a higher chance.

Go through the story

Now that you have your 5 star character, blast through the story mode. You’ll be doing this to get gold, gems, medals and level up your characters and player very quickly. Initially put all your focus on the story. The hard mode really is quite hard so it’s best to not immediately start out with that.

There’s a lot of story to go through so you’ll get plenty of resources and levels from this.

Do the side-missions & daily quests

Another thing you can do while you’re progressing through the story mode are the challenges/side-missions. You have daily, weekly, event and ranked challenges. For instance, the daily log in bonus is easy to collect. Even if you don’t plan on playing that day, it’s worth logging in just to collect your daily bonus and keep your streak going.

MASS FOR THE DEAD has a co-op mode, and the best thing about it is that it doesn’t require stamina to join someone’s co-op lobby. So say you’re out of stamina, but you don’t want to quit playing, just go do some co-op. You’ll still be able to farm materials and complete missions that way.

However, if you’re a low level, make sure to not join someone that’s doing a high level mission. You can’t kick people in co-op so they’ll have to leave the lobby and start it again. It can happen that they’ll be able to carry you, but don’t rely on it. You’ll just be making life harder for your fellow players.

If you’re looking for players to co-op with, check out this discord server.

The initial level cap is level 60. Leveling can be done by progressing through the story as we’ve mentioned, but you can also do hard mode to get experience. You can repeatedly do stage H1-8 & H2-9 (the last stages of stages 1 & 2) to grind experience and reach level 60 that way.

There are also dragon eggs that you can use to increase to help increase your levels.

You can increase the level cap through limit breaking. In order to do this, you’ll have to farm materials. These materials can be bought in the shop or farmed through completing singleplayer or co-op stages. As we’ve mentioned, a good way to farm these materials when you’re out of stamina is to join co-op lobbies.

Limit breaking to level 90 is reasonably easy, but the last limit break to level 100 is quite difficult. You need an absolute ton of rare mats which will take quite a long time to get.

The item shop refreshes daily. We recommend that you buy skill level up scrolls and the tier 1 sword/defense books every day.

Join a guild and rank up

Joining a guild is great. Not only does it make the game more social, it also gives you quite a few benefits. You’ll increase your guild rank through simply playing the game and by completing guild missions. Some of these guild missions are very simple, like the one where you just have to change your guild title.

Whenever you increase your guild rank you’ll get a title that increases your player xp. Use them whenever you get a new one.

That about wraps it up for our Underlord: MASS FOR THE DEAD Tips & Strategies for now. Since the game is very new, we’ll be updating this guide periodically as we progress further through the game. This is more used as a beginners guide to help you get started with the game.

We hope you found it useful. If you have any questions or suggestions, or are simply looking for a guild to join, feel free to leave a comment down below.

2 thoughts on “MASS FOR THE DEAD Tips, Tricks & Strategies”