MASS FOR THE DEAD, it’s finally out globally. The release has been long anticipated and now it’s finally here. Now that the game is out, you’ll want to get off to a good start. The best way to do that is to reroll until you have a satisfactorily opening. But how exactly do you reroll and what should you be looking out for? In this post we’ll teach you everything you need to know about rerolling in MASS FOR THE DEAD, let’s get started. 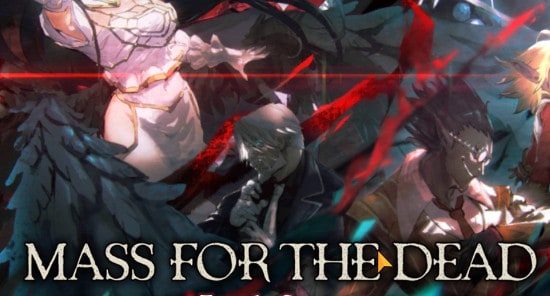 Rerolling on iOS is a bit more annoying than on Android, but here is how to do it.

Characters to look for when rerolling

The best characters to look for when rerolling as we’ve mentioned in our tips and tricks guide are Ainz and the Twins (Aura/Mare).

You can get the best start by rerolling until you get one of those because they will carry pretty hard. However, if you get any other 5* character you’re pretty much good to go too. It’s up to you to decide if you want to spend more time rerolling if you get a weaker 5*.

The one exception might be Cocytus. He’s not very strong for a 5* and if you get him it’s probably best to continue rerolling.

That’s all you need to know about rerolling in MASS FOR THE DEAD. We hope you’ll get lucky and get off to a good start quickly! Let us know down in the comments below if you got an insane reroll you want to share with others. Good luck!