Brown Dust recently marked its second year anniversary. To celebrate the occasion, the game has been re-branded. The immensely popular game is no longer called “brown dust”, but is now called Brave Nine. The reason why they changed the name is apparently because the developers felt the name Brave Nine does a better job representing what the game is about. In the game you have 9 mercenaries on your team, so the name makes sense.

With a brand new name, we decided it was time for a brand new tier list. Since there will no doubt be many new players to the game, they obviously want to know which characters are the best, and which ones to avoid. That’s where we come in. We’ve made an extensive tier list that’ll tell you exactly which characters are OP and which aren’t. Since PvE and PvP are quite different from one another in Brave Nine, we’ve created separate tier lists for them. Let’s get into it.

S++ Tier Characters are the cream of the crop. These are the absolute best characters in Brave Nine, they can carry games by themselves. Currently the characters that are in S++ tier are:

The characters in S tier are slightly weaker than the ones in S++ tier, but still very strong. In S tier you’ll find the following characters:

The characters in B tier are unable to carry the game by themselves. They need help from characters in tier A or higher to perform well. We rank the following characters are B tier:

The rest of the characters are either in the “fall off” tier (meaning that they’ve been replaced by stronger, newer characters) or simply F tier. They cannot feasibly compete with the other characters on this tier list.

If you prefer seeing the tier list in an image form, we’ve got you covered. Check it out: 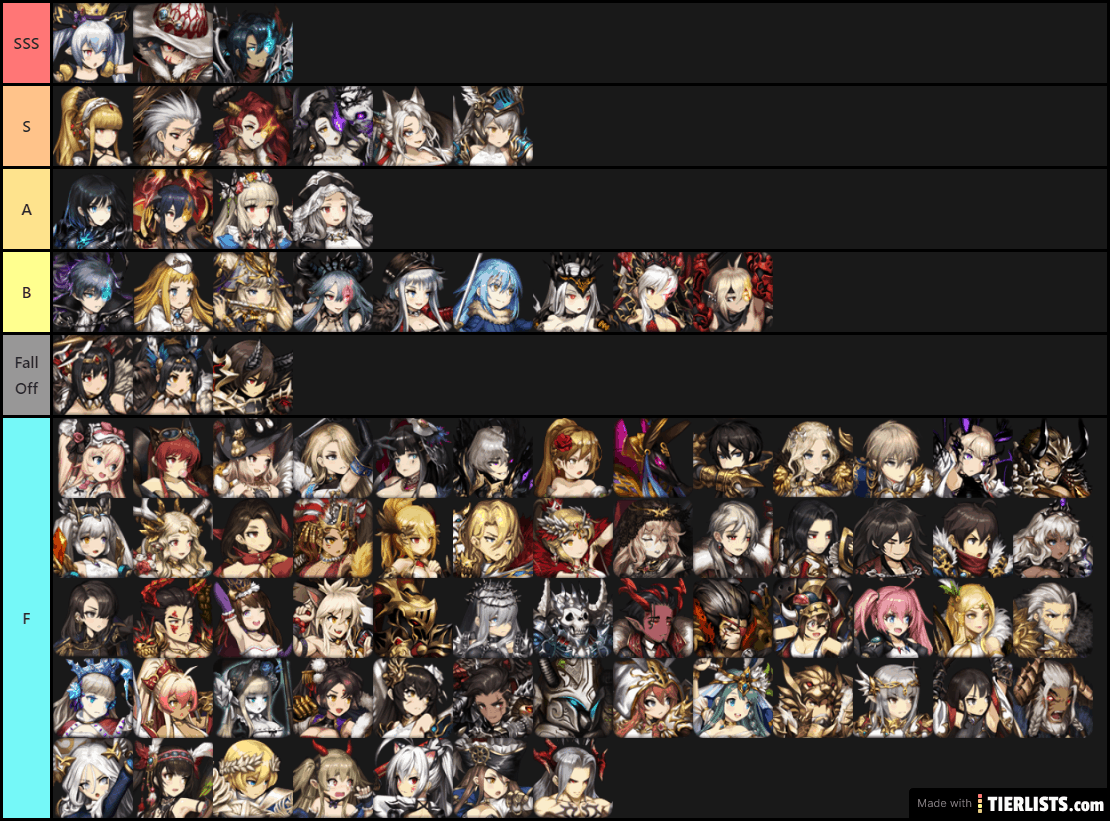 Because there are a wide variety of different things you’ll fight in PvE, you will use a large variety of different units to get through it. Some stages will use vastly different strategies to beat. Unlike in PvP where your goal is to have a high winrate (over 50%), in PvE the only way to progress is to beat each stage sequentially 100%So while there are some units that can help you beat most of PvE content, there will still be stages where you will use different forms with different formations, because you are not looking to beat “most of the campaign” but your goal is to proceed through all of the campaign.

That’s why we made a separate list for PvE.

The best characters for PvE are in S tier.

Currently we rate the following 3 star mercenaries as S tier for PvE:

We also rate these 4 star mercenaries as S tier:

These mercenaries are strong in PvE, but slightly weaker than the previous ones on the list. We rate the following 3 star characters as A tier:

Also, the following 4 star mercenaries are considered A tier by us:

That’s our tier list for Brave Nine. We hope it’s useful for you, and that it gave you some insight in which characters are good to go for in both PvE and PvP. If you disagree with our tier list, or feel like it needs an update feel free to leave a comment to let us know!